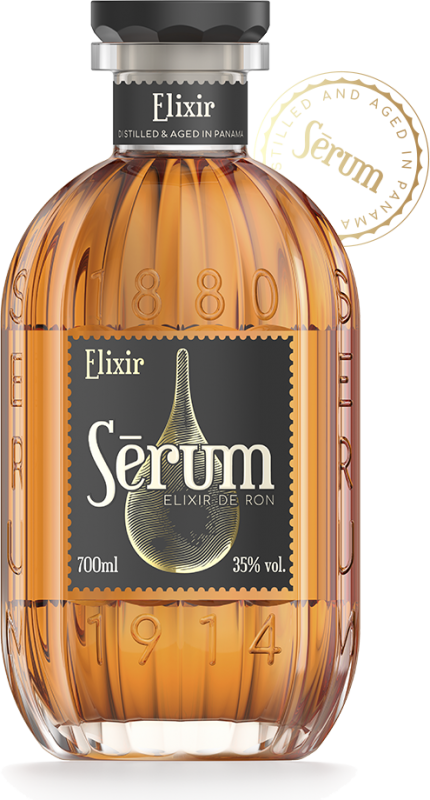 Made using the same timeless methods used to distill rum during the creation of the Panama canal, our line of premium rums captures the heart and soul of the people who worked to create one of the seven modern wonders of the world.

A honeyed and fruity aroma with hints of almonds and peaches. The palate is round and smooth with a rich flavour of fruits and herbs.

Legend has it that during the construction of the Panama Canal between 1880 and 1914, the hard-laboring men used a blend of rum, spices and dried fruit to cure everything, from a tired soul to insect bites, and everything in between. Believing in its miraculous effects, they called this potion Sērum. Today, we use Sērum to fight tough Mondays.